The Sulaiman, located on the northwestern margin of the Indian plate, is one of the .three subdivisions of the. Indus oil and gas-producing basin which is classed as an Extra-continental Closed Trough Downwarp basin.
The sub-basin in its western part, is filled with a thick sequence of Mesozoic and Cenozoic sediments (over 10,000 meters); whereas moderate thickness of Paleozoic, Mesozoic and Cenozoic sediments (upto 3,500 meters) still remains on its eastern part despite emergence and erosion during its long ‘history of sedimentation. The present synthesis of basic data indicates that all the major requirements tor hydrocarbon accumulation are present-sourced reservoir rocks, adequate sedimentation. and thermal history, and a large number of traps. As far as the discoveries are concerned, nine gas fields-including sevenorogenically controlled: fields have been discovered. One of the fields is a’ gaint. The princeipal gas-collecting reservoir is reef-shoal type foramiiniferal .limestone of Eocene age. GaS accumulation also been found in Mesozoic sand reservoirs> Despite a condensate discovery and occurrence of oil seepage, the Sulaiman is generally considered-as &:ga prone region. Our studies, however;’ show existence of sizeable oil potential in addition ‘to gas. 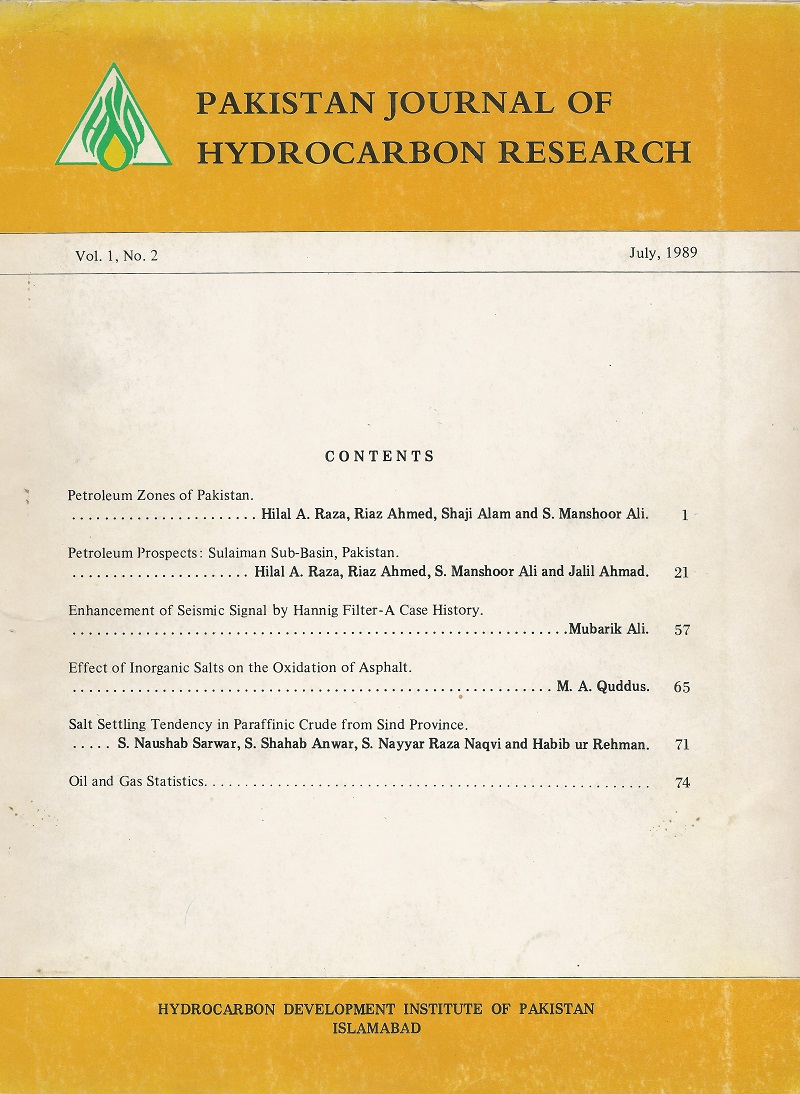